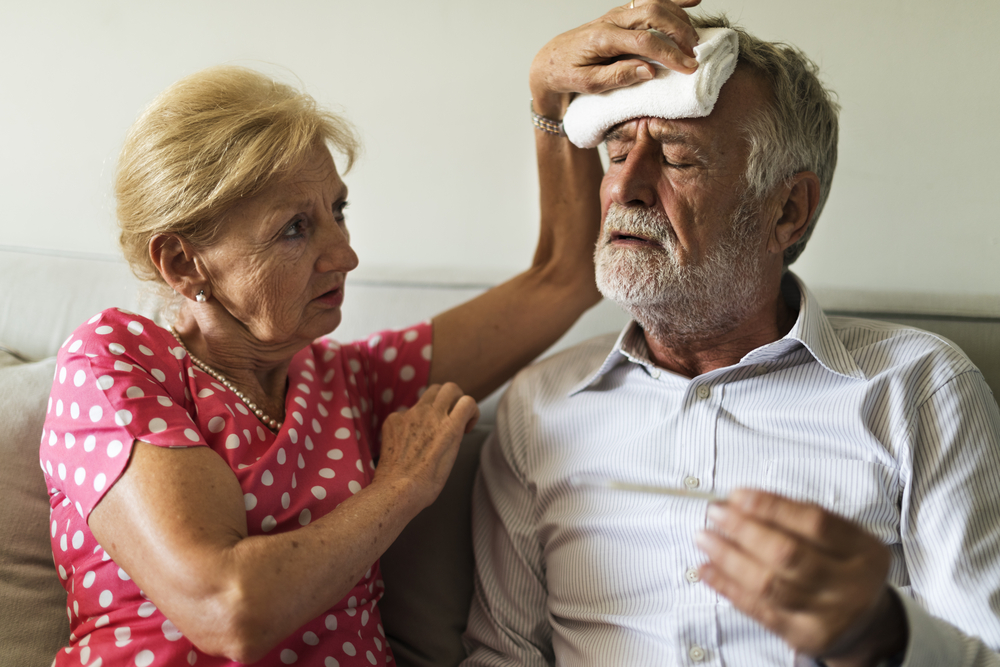 Posted on October 28, 2017 in Negative Effects of Time Changes by Anthony Boldin 0 Comments

When one thinks of Daylight Saving Time (DST), it normally brings visions of clock changes, late sunny summer days, or cold dreary winter evenings, not how it affects our health.

Numerous studies have been performed that shows there is ample evidence of the detriments of how the changing the clocks in our Daylight Saving Time process negatively impact human health in a number of ways.  The later sunsets helps our health positively, but the time changes and earlier sunsets affect us negatively.

Let’s start with the good news.  Because of the extra daylight in the evening, people are more active during Daylight Saving Time (DST) and they spend less time engaging in sedentary indoor activities than they do during Standard Time. “We find that outdoor recreational activities significantly increase under DST, while indoor TV watching decreases. This translates into an approximate 10% increase in burnt calories,” say researchers from the University of Washington. They believe that by keeping the clock on daylight saving time all year, the increase in activity would carry through, leading to better health overall.

The later evenings promoting more outdoor activity is the only good news that we could muster.  The rest may surprise you.  From increasing the potential for heart attacks and ischemic stroke, to amplifying headaches, to impairing immune systems, to diabetes risk, to worsening depression, to interfering with our sleep, to throwing our circadian rhythms out of whack and more.  Oh my!  Embracing this ritual twice each year has also been linked to a spike in workplace injuries, automobile accidents, pedestrian deaths and even judges handing out harsher sentences to criminal offenders.  Let’s go through them.

Preliminary research presented at the American Academy of Neurology’s 68th Annual Meeting on 15-21 April 2016 in Vancouver, Canada, discussed a link between Daylight Saving Time and strokes. Specifically, 87 percent of all strokes are ischemic strokes in which a blood clot prevents blood flow into the brain. Since there is ample research demonstrating a link between circadian rhythms and stroke, Finnish researchers sought to determine whether Daylight Saving Time was, in fact, placing people at a higher risk for stroke. They ultimately found that stroke rates were eight percent higher on the two days following both time changes and that older adults, cancer patients, and people with disturbed sleep were at an even greater risk.

In a 2014 study published in Open Heart, researchers found a nearly 25 percent increase in the number of heart attacks that occurred on the Monday after Daylight Saving Time begins when compared to the rest of the Mondays throughout the year. Whereas the total number of heart attacks for the entire week didn’t change, it is interesting that the Monday following the time change is so physically detrimental. The authors suggest that the normal stress of going back to work on a Monday is exacerbated by the “lost” hour of sleep and this affects individuals who are already vulnerable to heart problems.

Cluster headaches are a rare yet painful disorder which are common around seasonal changes. Cluster headaches are just what their name implies: a cluster of headaches that typically cycle anywhere from six weeks to three months and can be truly debilitating, particularly in men. A growing body of research is finding a link between cluster headaches being induced from the time changes of Daylight Saving Time. During the period following both time changes, doctors see a substantial increase in cluster headache symptoms likely due to shifts in our circadian rhythms, and some physicians prescribe melatonin to counteract the damaging effect of Daylight Saving Time on these rhythms.

A recent study conducted by the Boston University Medical Center found that during the weeks immediately following the spring time change, the miscarriage risk for women who are undergoing in vitro fertilization (IVF) who have suffered previous miscarriages increases. Another study published in Chronobiology International corroborated this finding in that miscarriage rates were significantly higher for women whose embryo transfers were done within 21 days of commencement of Daylight Saving Time compared to those women who underwent embryo transfers during the rest of the year.

Interestingly, neither study found any correlation between IVF miscarriage rates and the fall time change or during any other time of the year. Whereas this is, indeed, preliminary research, these studies do illuminate how circadian rhythm changes caused by Daylight Saving Time can affect fertility and reproduction.

It shouldn’t come as any surprise that following a time change from Daylight Saving Time increases fatigue. Several studies suggest a link between decreased employee productivity and the increase in cyber-surfing in the weeks following the spring time change. However, one subpopulation that is even more vulnerable to the fatigue-related influence of Daylight Saving Time are teens, particularly high school students. A 2015 study in the Journal of Clinical Sleep found that teens lost an average of 32 minutes of sleep per night during weeknights following the spring time change. Consequently, these teens demonstrated not only increased fatigue and sleepiness in school but also a decrease in psychomotor skills including increased attention lapses and longer reaction times which can significantly impact driving safety. In fact, the research shows an increase in fatal traffic accidents following the spring time change.

It is common knowledge that physical activity greatly reduces once chance of developing diabetes. During Daylight Saving Time from March until November, the extra evening hour pf sunshine enables people to participate in more active pursuits instead of vegging out in front of the television. This is particularly salient for children. When it’s time to “fall back” to standard time, when the sun sets earlier, activity levels decrease, thus increasing the potential for developing certain physical ailments—including diabetes.

However, the largest concern for diabetics when it comes to daylight saving time is for those dependent on insulin pumps because it is imperative that the times for insulin dosage be set correctly. According to an article in the Journal of Diabetes Science and Technology, dosing errors could result in too much or not enough insulin being delivered at the correct time for patients—both of which could have serious repercussions. On the one hand, too much insulin causes hypoglycemia which can induce fainting, seizures, and even coma. On the other hand, not enough insulin results in hyperglycemia with its own host of related problems: frequent urination, fatigue, and possible ketoacidosis caused by the body’s pH levels becoming too acidic. Both of these issues can lead to life-threatening concerns. Thus, physicians and experts stress the importance of ensuring that insulin pumps are set correctly before a “fatal error” alert on the days of the time changes.

Returning to our original question of whether Daylight Saving Time makes us healthier, the initial findings say “NO”.  The semiannual ritual of turning our clocks forward and backward can cause significant negative health problems. But, we can turn this into a big “YES”, by maintaining one later time throughout the year—Daylight Saving Time time with the extra hour of evening light—instead of ever turning the clocks back in the fall.  So, yes, we can, in fact, become healthier and safer with Daylight Saving Time with this change.  Maybe you can help by spreading the word.