The Pros and Cons of Daylight Saving Time 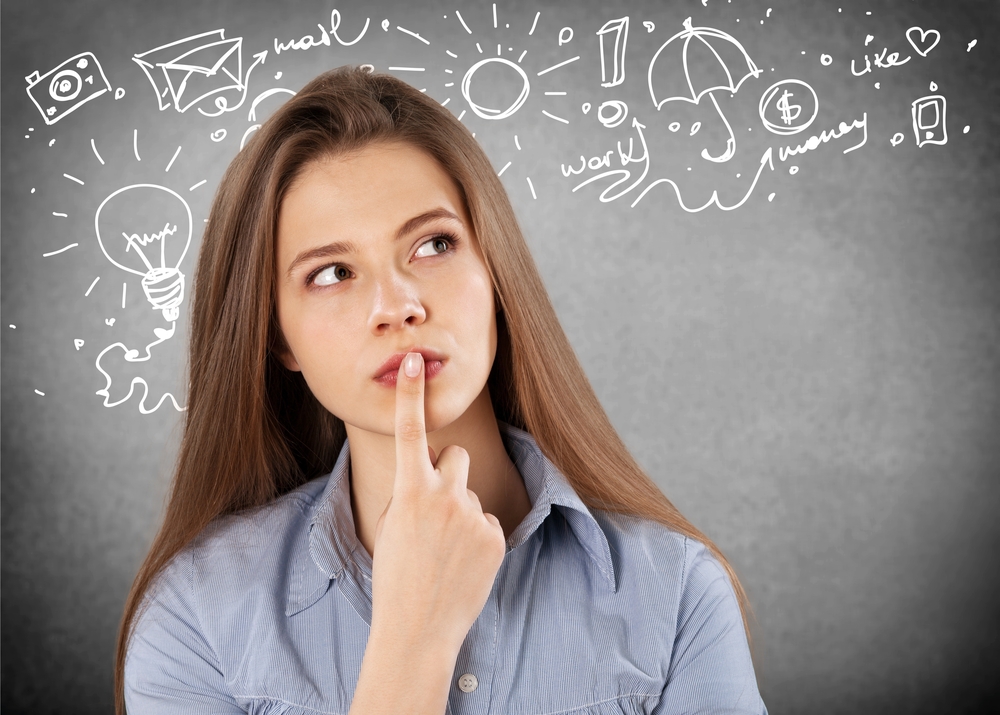 24 Oct The Pros and Cons of Daylight Saving Time

Daylight Saving Time (DST), sometimes referred to as Daylight Davings Time or Summer Time in the UK, refers to the specific period of time in the spring and summer in which we “spring forward” one hour to make the start of our days coincide more with the natural daylight hours. The rest of the year, it’s considered Standard Time, after we “fall back” one hour on the clock. Only certain parts of the world participate in switching the clocks, and even within the United States and its territories there are non-participating regions, so it’s not as uniform or global of a concept as one might expect. Moreover, many people actively participate in switching their clocks twice each year without ever giving pause to think through why we do it or how it benefits us. On this page, we’ll explore in-depth what some of the benefits of participating in daylight saving are, as well as what drawbacks we experience too.

During the period of Daylight Saving Time, we have an extra hour sunlight in the evenings because of the clock shift. The benefit to this is that people can spend this extra time outdoors or in recreational activities. In fact, the United States actually extended the period of daylight saving to cover Halloween a few years ago in order to give trick-or-treaters more time outside in the daylight. We have lobbyists from the candy industry to thank for this.

A 2016 study published in the Journal of Affective Disorders supports this. Researchers examined 16,452 students who came to Brigham Young University’s counseling center over a six-year period. Clients’ were each given a self-reported mental health questionnaire at the start of each session with “data on sunrises, sunsets, rainfall, wind, pollution, and other weather variables” and found an inverse correlation between amount of sunshine and psychological distress. In other words, researchers concluded more sun made people less sad – and less sun make people more sad.  Like we didn’t know this already, but it’s nice to have proof!

It probably goes without saying, but when it will be getting dark as you leave work for the day, it brings on the Winter Blues. This may only seem mildly annoying, but there are valid health consequences associated with it, namely seasonal affective disorder (SAD). SAD is a condition that presents like traditional depression, with symptoms like loss of energy, moodiness, appetite changes, and more, but unlike traditional depression, it only manifests during periods of time when people don’t get enough exposure to sunlight. Millions of people have SAD to some degree, with some experiencing such severe symptoms that they become suicidal. Light therapy is one of the leading treatments for SAD, but we could likely help cure millions of SAD sufferers by keeping Daylight Saving Time year-round, instead of turning the clock back in Fall, as they’d have more natural light exposure in the afternoons and evenings.

Pro: We Get a “Free Hour Sleep”

One thing many people appreciate is that the “Fall Back” clock switch comes with a “free” hour of extra sleep because when the clock strikes two in the morning, it reverts back to one. This generally amounts to an extra hour of sleep for most, unless we stay up later because we know we have an extra hour.

Unfortunately, the “free” hour doesn’t offer much because it doesn’t do anything to offset the sleep deficit most Americans already have. The hour gained in the fall does not make up for missing out in the spring. Although 8 hours of shuteye is recommended each night, the average person gets just 6.8 hours, meaning the nation already has chronic sleep deprivation. Symptoms associated with this include decreased alertness, impaired cognitive function and memory, as well as increased risk for a host of medical issues, such as high blood pressure, heart attack, heart failure, stroke, and obesity, according to WebMD. Moreover, adjusting schedules also impacts our circadian rhythms, which are responsible for managing everything from hormones, to sleep, and hunger. It can take weeks or months to correct the imbalance. This is on par with what someone might experience as the result of jet lag, but it tends to linger longer because people don’t get to revert back to their normal schedules after.

Decreased visibility during dawn and dusk driving increases accident risk, leading to unnecessary pedestrian and motorist deaths. Because the sun sets later during the warmer months due to Daylight Saving Time, we see fewer accidents, particularly during rush hour. Research has shown that if we adopted Daylight Saving Time and kept that time year-round, without reverting back to Standard Time, we could actually reduce pedestrian fatalities by 13% and motor vehicle occupant fatalities by 3%.

Even though the roads are safer during daylight saving time, there is an uptick in accidents when the clocks change. Most studies agree the greatest increase is seen during the spring, and point to the hour of lost sleep as the primary cause. Researchers note a 6% increase in accidents during the six days following the change to daylight saving time. Although it’s widely debated, there is also growing evidence to suggest there’s an uptick in wrecks during the fall time change as well. It’s worth noting that wrecks, overall, are decreased by participating in daylight saving, even though a spike occurs immediately after the times change.

Because of the extra daylight in the evening, people are more active during Daylight Saving Time and they spend less time engaging in sedentary indoor activities than they do during Standard Time. “We find that outdoor recreational activities significantly increase under DST, while indoor TV watching decreases. This translates into an approximate 10% increase in burnt calories,” say researchers from the University of Washington. They believe that by keeping the clock on Daylight Saving Time all year, the increase in activity would carry through, leading to better health overall.

There are many prominent health risks associated with changing the clocks. Experts note that, just as the case with the increased number of car accidents, many of the health risks associated with the springtime change of the clocks may be brought on by the lost hour of sleep as well. Cluster headaches, for example, may plague some individuals for six weeks to three months following a time shift, and can be so debilitating that normal daily activities cannot be carried out. Stroke risk also increases in the days just after the time change, to the tune of 8% for the general population. However, certain groups, such as the elderly and cancer sufferers, have a spike of as much as 25%. Heart attacks skyrocket by 25% too. In addition to this, miscarriage rates increase by nearly 9% for certain groups, as do suicide rates and workplace injuries.

Fewer crimes are committed during Daylight Saving Time, having more light makes it easier to be seen and identified.  That is something that current or would-be criminals would prefer to not happen. One study examined existing crime reports and discovered that having later sunsets and more evening daylight reduced robbery rates by 51%, murder by 48%, and rape by 56%. The research was carried out in an effort to see what impact “ambient lighting” had on crime to determine if there was a benefit to installing additional street lights, and it was determined that $558 million in social costs was saved due to the reduced crime over a period of weeks during an extended period of Daylight Saving Time. Although this clearly makes the case that additional lighting is a cost-effective deterrent in crime, it also makes it glaringly obvious that the sun does a fine job on its own, provided we maintain the later Daylight Saving Time schedule in the summer all year-round.

Economists have crunched the numbers on financial losses that surround the process of switching the clocks, i.e. the “opportunity cost.” The mere act of physically adjusting all our clocks costs the US about $2 billion every year, based on what each person loses at the average hourly rate by spending 10 minutes adjusting clocks. There are other costs associated with it as well, which work out to about $4 million annually. This includes the expenses associated with car accidents and some of the health concerns outlined earlier, as well as the costs associated with decreased productivity. For example, one study revealed that employees spend about 20% of their time “cyberloafing” (doing non-work activities online while at work) the day after the clocks change in the spring.

Pro: It Stimulates the Economy

When people have the extra hour of sunlight, they tend use it. Daylight saving has been shown to have a positive impact on things like retail sales, hospitality, and tourism. Some estimates suggest the UK tourism industry could jump as much as $5.6 billion annually if they kept daylight saving all the time. No word as of yet on how many dollars the US could rake in overall, though experts believe it could be substantial. The financial institution JP Morgan has been able to hint at the differences, using its own consumer data. The organization used Phoenix, Arizona card users as its baseline because Arizona doesn’t participate in daylight saving time, and then compared spending habits with other places around the country. Los Angeles, for example, saw a 0.9% increase in spending when daylight saving began, and a 3.5% decrease from the baseline when it ended. In San Diego, the increase was 2.9% and decrease 2.2%, whereas Denver showed an increase of 0.8% and decrease of 4.9% after DST ended. The sampling confirms spending goes up during daylight saving and declines during standard time, though the degree of each varies by location.

In a study conducted by JPMorgan Chase Institute – financial experts uncovered yet another unknown cost caused by changing our clocks. They found that in the switch back to standard time there is a drop in spending between 2.2 percent and 4.9 percent, depending on where you live. Additionally, this shift lasts for weeks and even months after the time change.

Pro vs Con: Which One Wins?

Interestingly, all current data surrounding Daylight Saving Time indicates it is beneficial in a lot of ways, but not in the ways most would think. For example, those who are for Daylight Saving Time typically erroneously believe that it significantly reduces energy consumption, when in reality, there is little benefit in this regard.

By some simple math, if the United States were to adopt one time year-round, and stop moving the clocks back so we have longer daylight all year round, we would receive all the benefits that come with it and avoid the dangerous, deadly, and costly impacts that are often associated with it.

The clear winner appears to be: a single and later Daylight Saving Time all year round.  There is a petition you can sign below that can help make that a reality.